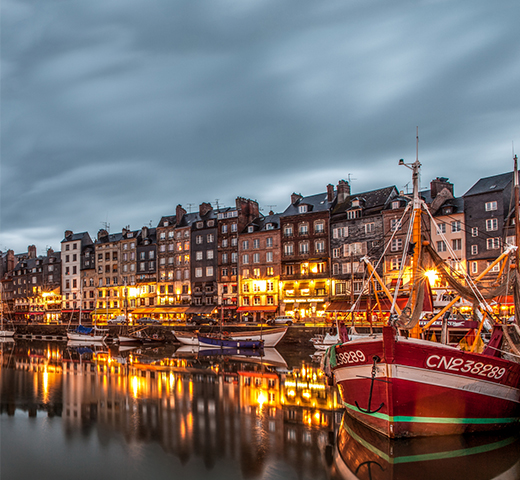 Day 1: Istanbul – Paris
After our arrival in Paris, we will be meeting our professional guide at the airport, we will then take a sightseeing tour of Paris.

During our panoramic city tour, we will be able to visit remarkable places such as the Paris Opera House (Palais Garnier) and the Place de l’Opéra, theMadeleine Church, the Place Vendôme, the Avenue des Champs-Élysées, the famous Arc de Triomphe at the Place de l’Étoile (the Place Charles de Gaulle), the Place de la Concorde, the Petit Palais (Small Palace), the Grand Palais (the Great Palace), the Dôme des Invalides where the sarcophagus of Napoleon Bonaparte resides, who is one of the most famous historical characters of Paris, and of course the Eiffel Tower, the Trocadéro, the Army Museum (the Musée de l’Armée) and the museum Les Invalides, the Mausoleum of Panthéon which contains the remains of many famous French authors and poets, the Luxembourg Gardens (Jardin du Luxembourg) and the Quarter of Saint-Michel famous as a student neighborhood, the French Senate Building (the Luxembourg Palace), the Fontaine Saint-Sulpice and the Church of Saint-Sulpice, the Church of Saint-Germain-l’Auxerrois, famous cafe shops Les Deux Magots and the Café de Flore, the Sorbonne University which is one of the oldest universities in France,  the Notre-Dame Cathedral (Notre-Dame de Paris), and the Louvre Museum.

After the city tour, we will take a transfer to our hotel and check in. We will then have free time for personal activities and shopping.

With guests who would like to attend, we will discover the jewels of the city of Paris on a cultural tour to touristic sites that we have selected from the indispensable places of the city of Paris, including the Eiffel Tower, the Notre-Dame Cathedral, and the Painters’ Hill (Montmartre), accompanied by a local guide during the day.

Again with those guest who would like to join us, we will have an Enchanting Paris tour that includes a boat tour on the Seine River, and a special trip to the remarkable places we have selected in the Latin Quarter, the Luxembourg Gardens, and in the Quarter of Saint-Germain-des-Prés.

At the end of our tour, with those guests who would like to attend, we will leave the hotel at 22:30 and pass through the illuminated avenues and squares of Paris that are mentioned in poems and songs. And we will attend one of the most spectacular cabaret shows in Paris, since it’s established 60 years ago. In the LIDO, we will enjoy the famous show and champagne at special tables reserved for us.

Overnight in our Paris hotel.

In the morning, we will check out after breakfast and take a bus that will transfer us to Deauville. We will check in after a city sightseeing tour in Deauville.

With those guests who would like to join us, we will visit the city of Trouville and its famous fish market. In the following part of our tour, we will visit the city of Honfleur, its historical harbor, salt barns, fishermen houses, the wooden church and art galleries. After having free time for lunch, we will head out towards the historical beaches where the Invasion of Normandy took place, the turning point of World War II. We will then visit the town of Cabourg and its beaches, and will return to Deauville.

We will check out after breakfast and set off for Rennes.

We will take a city tour in Rennes, the capital city of the region of Brittany, and then we will check in our hotel.

Check out in the morning after breakfast and head out to Bordeaux.

We will take an extra tour to La Rochelle and Cognac with all our guests. During our tour to La Rochelle, which is one of the most important harbor cities of France since the 12th century, we will have a chance to travel in the city that has witnessed some of the most significant moments of French history, such as the Siege by the Huguenots. We will then arrive at the town of Cognac, which gave its name to one of the most famous French drinks. We will learn aboutCognac production and its history; its distillation began during the Roman Period when some problems emerged while transporting quality wines.

Following this tour, we will go to the wine capital of France, Bordeaux. We will take a city tour on our arrival at Bordeaux, and we will later check-in.

We check out in the morning and head out to the Pink City (Ville Rose) Toulouse on our bus.

We will take a sightseeing city tour when we arrive at Toulouse and then check in. We will then have free time for personal activities and shopping.

With those guests who would like to join us, we will visit Cité de Carcassonne, the fortified city of Carcassone, which was founded in the 6th century BC, a UNESCO World Heritage site. After that, we will set out to Narbonne. When the city was founded in the 2nd century BC by the Romans, it was built as a port city, whereas now it’s located 15 km from the shores of the sea, and it was the first Roman colony established in Gaul. We will visit the cathedral and the Archbishop’s Palace (Palais des Archevêques) in the city center and then we will return to Toulouse.

We will check out in the morning after breakfast and set out to Marseille on our bus. We will take a sightseeing city tour when we arrive at Marseille and after that, we will check in at our hotel; then have free time for personal activities and shopping.

Those guests who would prefer, can join us on our tour to the Provence region during which we will visit the cities of Nîmes, Arles, and Avignon, and the famous lavender fields of Provence. The city of Avignon was once the capital of Papacy, while Nîmes is famous for its arenas that date back to the Roman Period, and the city of Arles was once a source of inspiration for Van Gogh. After visiting these cities, we will return to Marseille.

There will be free time for personal trips and do some shopping after breakfast.

We will take those guests who would like to join us on a tour to the pearls of Côte d’Azur that includes the cities of Cannes, Nice and the state of Monaco. In Cannes, we will take a city tour that will include the famous Boulevard de la Croisette with its beaches and hotels, the celebrity avenue in front of the Palais des Festivals et des Congrès that hosts the Cannes Film Festival. We will then head out to Nice where sites worth visiting include the Promenade des Anglais, the old city of Nice and its narrow streets, the marina of Nice, the flower market, the Palais de la Justice (Justice Palace), and the Orthodox Cathedral. After some free time in Nice, we will go to Monaco, the heart of the jet set world. We will pass through the Medieval town of Èze in the French Riviera, and will arrive at the Principality of Monaco. We will tour in Monaco and Monte Carlo, famous for their magnificent hotels and casinos. After our trip, we will return to Marseille.

We will be checking out right after breakfast. We will then have free time for personal trips and some shopping.

With those guests who would like to join us, we will take a tour to the Medieval city of Aix-en-Provence, famous for its lovely narrow streets, markets and boutique shops, and is the city where the famous painter Cézanne lived. The city sightseeing tour will include the Cathedral of the Holy Saviour(Cathédrale Saint Sauveur), the Hôtel de Ville (city hall) famous for its Clock Tower, the Place d’Albertas, Cours Mirabeau, and the fountain La Rotonde. We will then return to Marseille.

We will take a transfer from the hotel to the airport, and board our Turkish Airlines scheduled flight to Istanbul, and this is the end of our tour. 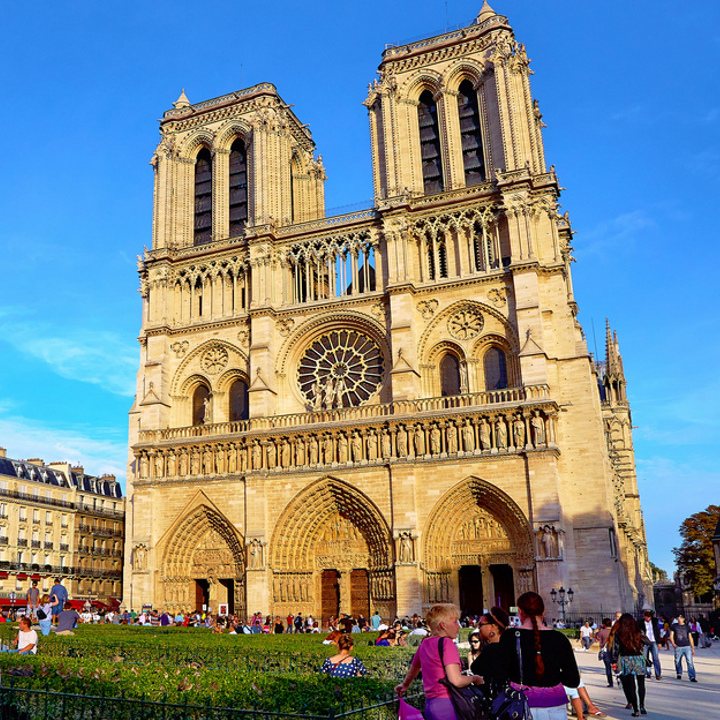 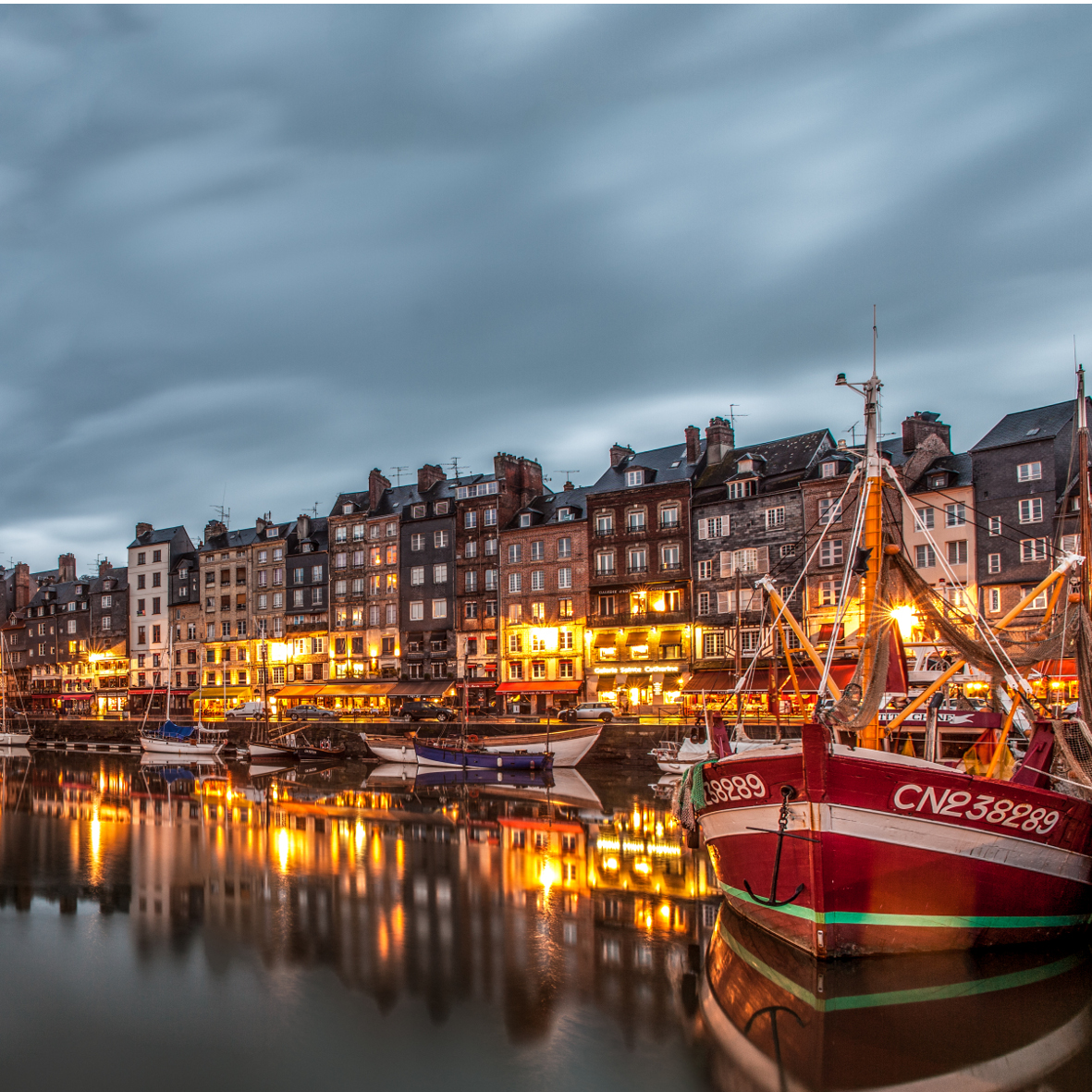 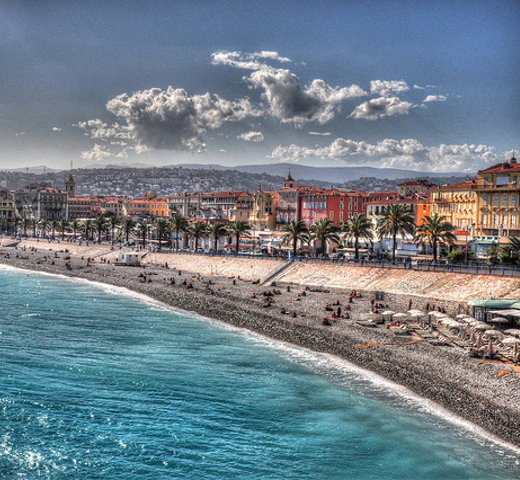